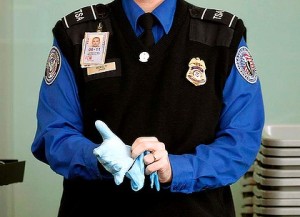 When a friend returned from an overseas trip recently he told a story about travelling with his elderly mother in America. Filling out the immigration forms on the plane he said, flippantly, to his mother ‘Don’t worry about it. Just make sure you’ve ticked every box’. She did. It must have caused considerable excitement among the US immigration officials to come across a form where someone had answered ‘yes’ to the question ‘Are you a member or representative of a terrorist organization as currently designated by the U.S. Secretary of State?’ She also had a criminal record and a communicable disease. She procured for prostitution and was a drug addict. Needless to say, immigration officials were very interested in interviewing to her.

After some argy-bargy the immigration officials were finally convinced that she was not a criminal, drug-addicted, terrorist pimp, but a dithery, short-sighted elderly woman. So they let her into America. So there it is my friends. Be careful filling out those official forms. But if all else fails, claim you are a ‘short-sighted terrorist’.